I’m really happy that so many Swiss citizens came to Beznau and sent a clear signal to our politicians that we don’t want new nuclear power stations. 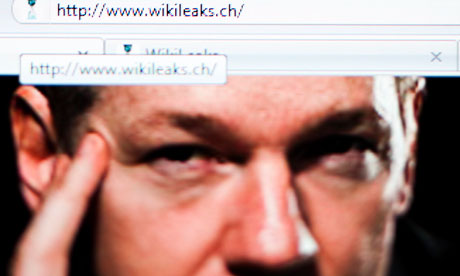 Live with the WikiLeakable world or shut down the net. It’s your choice | John Naughton | The Guardian.

A really brilliant article about the topic. A must read!

If you’re reading this because you’re looking for an update of our trip, then be assured, that everything just went peachy and that we’ll post details soon. Meanwhile though, I really have to rant about the state our world is in.

According to UNO-stats more than 60 million women have died in the last decades simply because their access to food, shelter, safety and medical care are in most places far worse than for men. An even in our society women earn less and pay more for health insurance while receiving worse care. So, sisters (I’m feeling rebellious, so you’ll have to forgive the naming) what are we doing about that? Do we prepare our-selves to take over first our countries and then free the rest of the world?

I know that all my girlfriends are really rough though chicks and if need be, we could easily band together, armed with potato peelers, rolling pins and an assortment of gardening tools and kick some serious butt (still hoping for that opportunity). But what about the greater populace that doesn’t have the privilege of knowing me in person? Time for a field study then. Or not. I forgot to tell you that I chose banking as a career in no small part due to the fact that it is conducted indoors. So, time for a case study then.

Of course it all started completely innocent. At the airport. We had to be there more than 2 hours in advance because American Airways was haunted by again a new fit of paranoia and wanted to have a personal chat with us about our links to terrorism, Nazis, drug trade, human trafficking, kidnapping of American citizens (other nationals not being that important) and they thought asking before dawn would mellow us into an easy confession. After the thorough 2-minute interview we had a lot of time on our hands and the book I had especially ordered for this occasion turned out to be complete and utter crap. I predicted the ending after about 40 pages and when I checked, reading the final 20 pages, it turned out the real ending was even more unimaginative than the one I had made up.

Then the following conversation took place:

Toby: Do you want me to bring you a “the cosmopolitan”-magazine?

Susanna: Ick, no, certainly not!

Susanna (drooling): Then bring me two.

And there it was, my case study. What do women’s magazines write about? They have about 190 pages every month to advance women’s cause.

The cover: Skinny blond chick in a horrid pink dress. Keagan asked if she was a woman, because she lacks breasts.

The following 10 pages: How to choose your perfect one-night stand. I immediately awarded them 50 points for sexual liberation, which I had to withdraw 10 seconds later, when finding out that the big secret is to go to a bar where no-one knows you, so you have your anonymity.

Some more pages about even more make-up and clothes

About another 10 pages about a young designer who tells you how important high heels are for the female ego.

18 pages (yes, f***ing 18 pages!!!) about how to get from a short hairdo to a longer one. One would think it’s about not cutting it for a while and maybe putting in a barrette here and there, but nooooo! 18 pages full of intermediate haircuts to go from crop cut to (OMG!!!) about shoulder length.

Then 2 very promising pages (actually a fold-out, I felt very Playboy indeed) more or less entitled: “Cosmetics, do you use too much?”. It then turned out not to be about using less products (which would be sound advice since more than 80% of skin diseases in the first wold are caused by over-use of cosmetics) but to be a guide about what amount of each of a gazillion of products to apply to your poor face, body and often trimmed hair.

About 15 pages of relationship advice. “10 mean things to do to improve your relationship” including such brilliant ideas as “Don’t listen to him for a week or so”, “Never tell him what the argument is really about, this keeps him on his toes”, “Approve of all his hare-brained day-dreams until he notices how utterly stupid it is to even day-dream as a man”.

Another 100 pages of irrelevant crap, which I didn’t have to heart to look at in detail.

The last page: Seriously, I’m not making this up: “Why Math is overrated.” A heart-breaking account of a woman who’s math teacher used to insist that the math problems should be solved exactly and correctly and not just some-what ballparckish.

So this is it about my case study about women’s affairs. We’re doomed. Dooomed, I’m telling you!!! Time for some gender-stereotypical retail-therapy in NY 🙂

I’m very much into Obama’s idealism. Really hope he goes on with this. With his speech about nuclear weapons. I especially liked the last sentence: “But now we, too, must ignore the voices who tell us that the world cannot change. Some of the best things come in small packages. But large things can’t. Unless they’re inflatable, or require some assembly, or unless they’re hearts. Yes, giant, juicy, loving hearts.

— The Wisdom Of The Tick